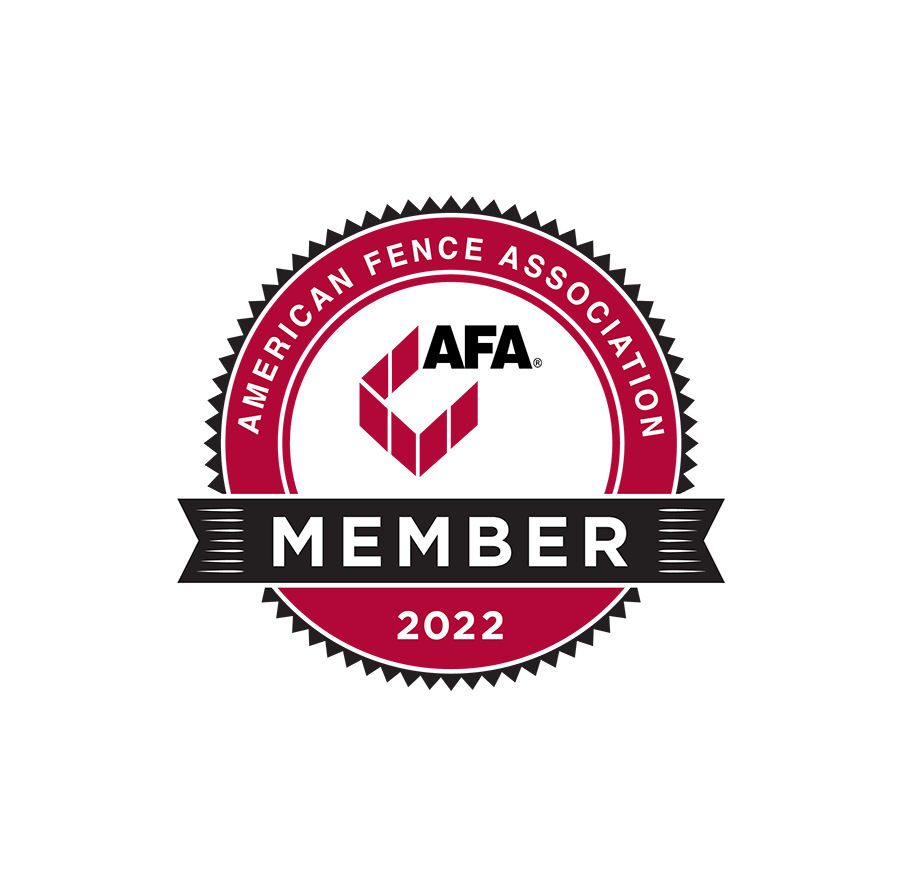 Pickleball Paddle Noise Concerns – Picklers can now be found in most states across America. Picklers have even made their way across the border to Canada, Singapore, and India. Pickler fever, like Bieber fever, has gone viral and mainstream. So don’t be offended if someone asks you to “get your pickle on” sometime because if you haven’t heard about the sport of pickleball by now, you probably will soon. The sport has officially arrived in the United States and may be coming to a neighborhood near you.Pickleball is one of the fastest-growing sporting craves in America and has even begun to spread overseas. While pickleball is an inter-generational sport for players ranging in age from 6 to 70-plus, it’s the 55-plus year-old demographic that is driving the recent fast-rising popularity of the sport.

Some describe pickleball as a dwarf version of tennis. Others describe it as an over-grown version of ping pong (table tennis). It’s played like tennis and scored like badminton. Regardless of what you think it is, the pickleball phenomenon has taken hold.

For decades, the game was little known outside the Pacific Northwest United States. Since its inception in 1965 as a backyard pastime, Pickleball has seen significant growth in the United States over the past decade. It is now an organized sport represented by national and international governing bodies. According to the USA Pickleball Association, the sport boasts an estimated 100,000 adult players in the United States now, more than triple the number in 2003, and there are about 2,500 public courts, versus just 150 that year.

Pickleball has seen an explosion of sort in Florida, especially in Central Florida, which is considered by many to be the pickleball capital of the world now. The Villages, a popular retirement community located near Orlando Florida, hosts more than 108 courts alone.
More and more pickleball courts are being built in new 55-plus communities and are being added to existing communities all over the United States and in other countries too. Del Webb, the United States’ largest builder of active-adult communities, had pickleball courts in fewer than one in five of its developments in 2006. Now, says Jacque Petroulakis, spokeswoman for parent company Pulte Group Inc., the figure is above 50 percent, and Del Webb incorporates pickleball into almost everything it builds. “It’s the hottest craze sweeping our communities,” she says.

For pickleball players, the sport is a way to exercise, burn calories, be social, and get outdoors. The sport is easy to learn, even for those without much athletic experience. For all of these reasons, players find pickleball addictive, with demand for court time often exceeding available space. And in case you were wondering exactly what the term “pickler” means. According to the World Pickleball Federation (yes there is one), a pickler is a certified pickleball player who may or may not become addicted in the next 10 minutes or less. The sport with a whimsical name also has some whimsical terms and definitions. While many picklers play the game for fun, many play it competitively in regional, national and international singles and doubles tournaments.According to the website of the USA Pickleball Association, which officially took over the sport in 2005, pickleball is played on a badminton-size court with the net lowered to 34 inches at the center. It is played with a perforated plastic baseball (similar to a Wiffle Ball) and solid wooden, composite, graphite or aluminum paddles that resemble large table tennis paddles. The game was invented by a man in Washington state in 1965, and is named after his dog Pickles who used to chase balls all over a court.

As picklers get excited about their smashes, rallies, put-aways, serves, and volleys on the court, some residents off the court living within earshot are crying foul. Even as momentum for the sport builds, the game has left a trail of detractors and spawned studies to determine if the sport meets noise regulations. When the pickleball paddle hits the hard plastic ball it makes a unique “pop” or “ping” sound that is louder and sharper to the ear and registers 3-5 decibels higher on a sound meter than the “thwack” heard when a tennis racket hits the softer tennis ball. Regulation games are played to 11 points (a team must win by two points). Some local games are played to 15 points so the ball may strike the paddles hundreds of times in a game.This constant hard sharp sound can be bothersome to some residents living near the courts if the sound is not blocked by natural barriers of some type or by acoustical material hung on the fence that surrounds the court.

You can hear the sound for yourself by watching the YouTube video of a tournament match.

While the sport of pickleball is growing with new fans every day, it’s also faulting with some neighbors and communities who don’t want pickleball courts in their area because of the unwanted sounds and continuous racket/noise. In some communities, the divisions have prompted heated meetings among property owners, calls for noise studies and even claims that pickleball is destroying property values. 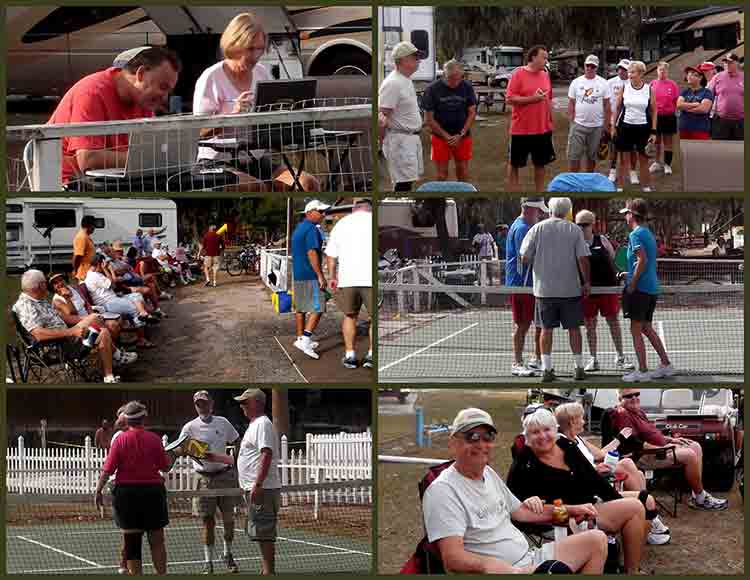 Increasing Number of Courts Could Lead to More Noise Issues

Pickleball Racket – According to the USA Pickleball Association (USAPA), the number of places to play pickleball nationwide has grown in the past 12 years from just 37 to nearly 1400. In Mission Royale, a 55-plus community in Casa Grande, Ariz., the local pickleball club is trying to secure courts of its own. Partly in response to noise complaints, the community’s developer, Meritage Homes Corp., recently said it would be willing to spend “significant dollars” to relocate pickleball from a converted tennis court, says Jeff Grobstein, desert region president for Meritage.

Ron Heymann, 65, whose home is about 100 feet from the existing courts, says he won’t be sorry to see pickleball go. The noise from games—that of a “hard plastic ball thunk-thunking repetitively on a hard wooden paddle”—is “akin to a toothache that won’t go away.”

Pickleball players in Mission Royale dispute such claims—for the most part. “There is a constant ‘ping, ping,'” concedes John Grasso, 61, president of the local pickleball club. In March, Mr. Grasso says the club purchased a decibel meter from RadioShack. The findings: Tennis reached about 58 decibels while pickleball hit about 60. “There really was no difference. It’s just a different sound.”

The difference was enough to evict the sport from its home in SaddleBrooke near Tampa, FL. Residents there first asked pickleball players to switch to a rubber ball to cut back on noise. Pickleball players passed. Many feel like the sound is an integral part of the game and the experience.

“Ask golfers to use a different kind of ball, and see what they say,” says John Benter, 69, local pickleball president.

A $4,500 noise study found that sounds from pickleball play were spiking above the county’s 60-decibel limit, which applies to ongoing noise. As a result, the homeowners’ association banned use of standard pickleball paddles and balls on the courts, effectively shutting down play.

Pickleball Paddle Noise Concerns – Pickleball has also sparked lawsuits throughout the United States from people concerned and irritated about game noise that has intruded into their homes and personal outdoor spaces.
A November 15, 2012 Rockford Register Star article states that a lawsuit filed to stop pickleball from being played in Sinnissippi Park could be settled with additional noise control efforts from the Rockford Park District. In Winnebago County, Illinois, two people filed a complaint to the Winnebago County court asking for an injunction to stop play at the six courts at the Sinnissippi Pickleball Center. The complaint said the “pop” the ball makes as it flies off the paddle sounds “like a hammer blow on a blacksmith’s anvil” and “the noise filters into every part of their property and household.”

An article found on AzCentral.com website said Otis and Jean Vaughn thought the active lifestyle and peaceful setting of Venture Out RV Resort were the perfect ticket for retirement when they bought a home in the east Mesa community. For much of the past two decades, they played tennis, exercised at the community pool and traveled. But the Vaughns said that tranquility ended when the “pinging and popping” sounds of pickleball erupted on badminton-size courts that were built last year about 30 feet from their driveway.

“It’s absolutely deafening,” he said of the hard-surface paddles striking perforated plastic balls. The Vaughns’ protest is among a chorus of objections to noise generated by the game in at least four Arizona retirement communities and several other states.

Some of the noise problems for pickleball are not just because of the rackets and ball used. There are other issues. Some pickleball courts were built too close to homes. Also, most courts have chain link fencing around them which doesn’t block any noise. Some courts have tried using screen meshing on the chain link fence but it is porous and does not block noise well. Other developments have used trees and landscaping as a way to block noise during matches. These natural barriers are seldom effective.

There are other more modern acoustical solutions to the pickleball noise that can be used and are currently being used by pickleball associations and builders. Acoustifence is a modern day acoustical soundproofing product that just happens to be developed and sold by the owner of this blog – Tampa, Fla.-based Acoustiblok, Inc. 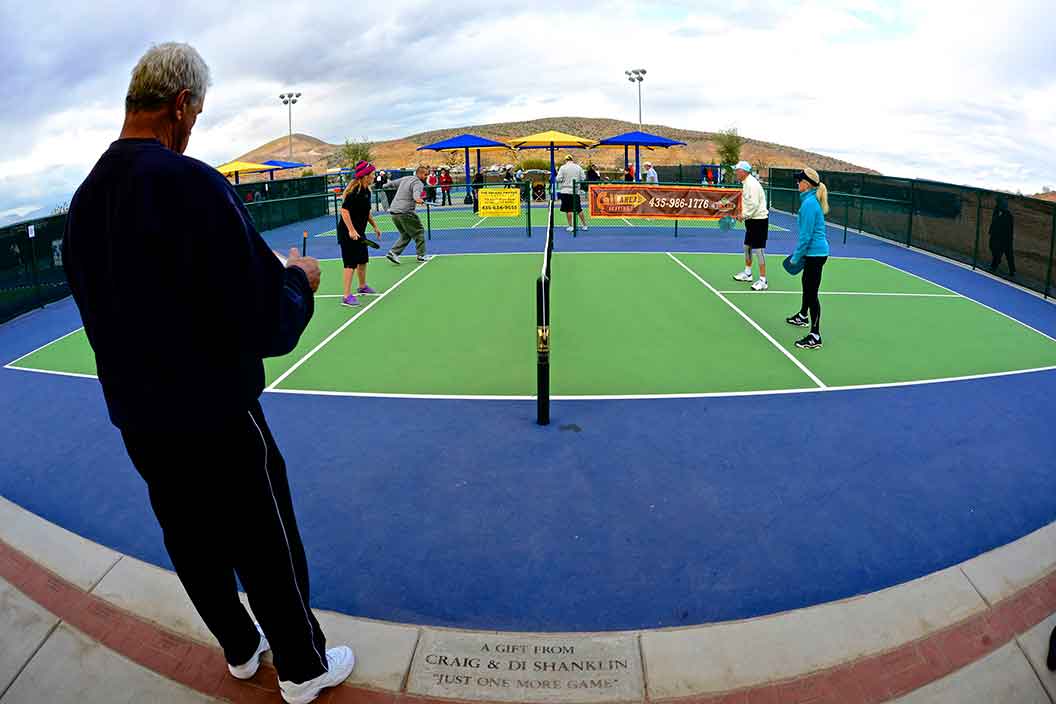 Pickleball Paddle Noise Concerns – Acoustifence is an advanced material sound barrier that is placed between a noise source and the noise receiver. The Acoustifence material easily attaches to chain link fences and comes in large sheets and in custom made sizes, making it ideal. In a sound meter test conducted by USA Pickleball Association president Bill Booth on April 17, 2012 at the Country Roads RV Village pickleball courts in Yuma, Arizona, Acoustifence soundproofing material placed around a pickleball court reduced noise by 10-12 decibels This represents a 50 percent reduction in sound as perceived by the human ear the report concludes.

Despite a few small bumps in the road, pickleball is finding its way into the hearts of many.

• Pickleball is a fun game played on a badminton court with the net lowered at 34 inches on center. It is played with a perforated plastic baseball, similar to a wiffle ball, and wood or composite paddles. It is easy for beginners to learn, but can develop into a quick, fast-paced competitive game for experienced players.

• There are usually four players – two each side on a team – playing over a net slightly lower than in tennis. Singles can play a match also.

• In tournaments, a match will usually consist of the best 2 out of 3 games to 11.

• Players swing rackets that look like a beefed-up version of a beach paddleball paddle and hit a wiffle ball that’s slightly harder than the play-in-the-streets variety.

• The serve is underhanded and goes diagonally like in tennis, but the ball must bounce once on each side before players are allowed to hit a volley (out of the air). A player serves until he/she side outs then a person on the other team serves.

• Inside ”The Kitchen,” a 7-foot zone on both sides of the net, volleying is not allowed; players have to let the ball bounce once if they’re in that area.

• Teams only score when they’re serving, and each player gets a turn before the other side gets a shot.

• There are a few more rules, but the main thing is that pickleball is a blast.