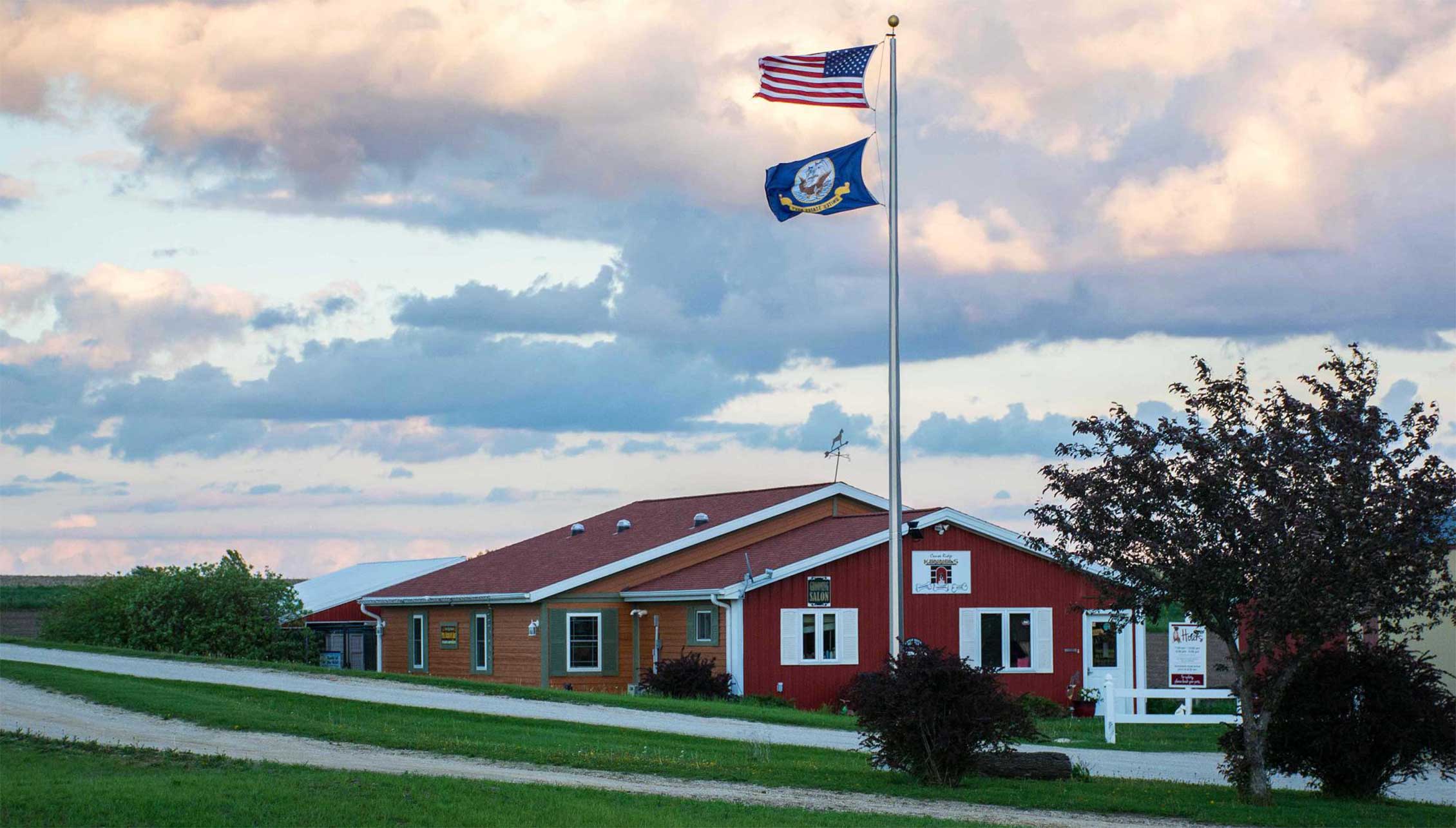 Kennel Neighbors Enjoy Quiet Peace – Building or retrofitting a kennel can present some unique challenges for dog-loving entrepreneurs, but if engineered properly a kennel can and should be an affordable, quiet, and neighbor-friendly facility.

When Deb and Jon B. hired contractors to design and build their 28 x 60-foot dog kennel in rural Iowa back in 2003, their decades-long dream of housing and caring for their farm community’s canines quickly turned nightmarish when one neighbor complained that the noise from the barking was affecting his health.

The neighbor insisted that the noise of the dogs barking was loud enough to not only interfere with his sleep, but with his quality of life during the day as well, and indeed the noise level did exceed the county’s EPA sound level limits (as do most kennels.)

The couple learned about Acoustiblok only after a series of legal headaches and ill advised fixes like custom built “sound-blocking” panels and custom-made “husher” acoustical curtains did nothing to appease the neighbor’s complaints. Despite each new fix, the police got involved, and soon the courts became involved.

By 2005, contractors hired by the couple had sealed windows and completely enclosed the dog run in order to address the noise problem.

“It took away the dogs’ visibility, and completely changed the look of the building,” Deb said. “It began to look like a jail, and still it did not significantly reduce the noise level.”

With legal and construction costs piling up, Deb came very close to closing shop and returning to her previous work as an insurance adjuster. In April 2009, the couple held a farm sale to raise money for their legal expenses;

The situation had become bleak, until a local lumberyard operator suggested she look into Acoustiblok. Deb decided to give the Tampa, Florida-based company a call. That phone call changed everything.

“I had a significant business at stake,” she said. “I was beside myself when I made the call to Acoustiblok; this conflict had ripped our lives apart.

“How I wish I knew then what I have learned now from the people at Acoustiblok.”

The UL approved Acoustiblok material is a unique soundproofing material which has taken years to develop. Just one thin, 1/8-inch layer of Acoustiblok in a standard stud wall can reduce more sound than 12-inches of concrete. The soft flexible material is 4.5 feet wide and is available in 30, 60, or 350-foot rolls.

Acoustiblok is usually stapled or screwed to studs before drywall installation. It is a fire rated proprietary formula, heavy mineral filled, viscoelastic polymer which is easily cut with a utility knife.

While other materials attempt to block or absorb sound, Acoustiblok does neither. As the heavy, limp Acoustiblok material vibrates from the sound, it actually transforms the acoustical energy into inaudible friction energy in a process sometimes referred to as “isothermal adiabatic”.

An Acoustiblok acoustical consultant spoke with Deb at length regarding her kennel and helped her formulate a game plan for addressing her architectural challenges and utilizing Acoustiblok to her best advantage. Before installation began, Acoustiblok consultants held a conference call with the couple’s contractor to advise on the installation process for maximum benefit.

“It’s not just about using our material, but also applying sound abatement construction techniques that work together with Acoustiblok for maximum sound reduction,” according to Acoustiblok’s consultant.

Contractor Dave Hanson removed the kennel’s aluminum siding and took the kennel down to the metal studs. Installation took about 18 hours, as Hanson and one employee installed Acoustiblok one segment at a time so that the dogs did not have to be displaced in the process.

Eco-friendly Acoustiblok is safe for the dogs and kennel personnel; it contains no lead, barium, or asbestos, is UV resistant, impervious to water and mold, and is UL fire rated and classified for wall, floor and ceiling installations as well as industrial applications.

In addition to Acoustiblok, Hanson replaced the existing windows with triple pane, low RE windows for a combined effect so impressive, he said he will recommend Acoustiblok in future construction and retrofitting projects. “If sound is a problem, this is the product to use,” Hanson said.

Deb was impressed as well. In fact, she is so convinced that the guidance of Acoustiblok experts and the effectiveness of the product itself has made such a profound impact on the quality of her life, she has become something of an acoustical expert in her own right. Her next project includes adding Acoustiblok ceiling tiles in the kennel, and hanging strategically placed Acoustifence on the property for complete sound abatement.

As her business flourishes, she sees the improvements as an affordable and effective investment in the future.

“I have learned so much from your company,” Deb said. “Acoustiblok has saved our lifestyle, saved our kennel, and allowed us to continue doing what we waited our whole lives to do.”