A study from the U.S. Centers for Disease Control (CDC) found that 2.3 percent of people in Fulton County, Ga., (where Atlanta is), are exposed to significant levels of highway noise that can disrupt sleep. Extrapolated to other urban areas, this research suggests that rates of such sleep disturbances could be very high in the United States – and annoyance and sleep disruption from road traffic noise have been connected to health problems such as heart attacks and hypertension.

The study also concluded that the results indicate that it may be important for the public’s health to update existing noise-related policies or develop new ones to control and abate noise concerns in urban communities.

The study appeared in the October issue of the American Journal of Preventive Medicine under the title “Road Traffic Noise: Annoyance, Sleep Disturbance, and Public Health Implications,” by Minho Kim and colleagues. Researchers studied traffic noise levels in Fulton County and predicted that “109,967 people would be at risk of being highly annoyed, with 19,621 people at risk for high sleep disturbance” in the county. 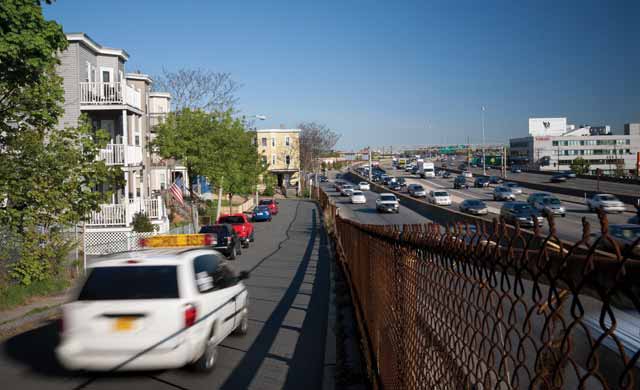 This study demonstrated that urban communities in the U.S. might be at risk of high exposures to road traffic noise. However, more studies will be required to gain insights into the severity of road traffic noise in U.S. urban communities that is related to populations with high levels of annoyance and sleep disturbance.The World Health Organization has recognized environmental noise as harmful pollution that causes adverse psychosocial and physiologic effects (i.e., annoyance and sleep disturbance) on human health. In Europe, noise-related health studies have been actively conducted, but the U.S. has lagged behind in this research field.

The U.S. vigorously conducted noise-related research during the 1970s, following the Noise Control Act of 1972. The Office of Noise Abatement and Control (ONAC) at the Environmental Protection Agency (EPA) coordinated all noise abatement and control programs in the nation. The ONAC’s research activities were codified in the Quiet Communities Act of 1978, which established noise sources that are subject to regulation and noise emission standards. Because federal funding for ONAC was discontinued in 1981, noise abatement programs have been shifted to state and local governments.  Since then, there have been few recent studies assessing the impact of road traffic noise on health in the U.S.

In the late 1990’s and early 2000’s, the U.S. Census Bureau conducted an American Housing Survey (AHS) for 38 metropolitan areas, including metropolitan Atlanta. The survey included noise-related questions. In approximately 29% of target household units, respondents indicated that they felt the impact of street or traffic noise.

How Severe Are the Potential Impacts of Ground Vehicular Traffic Noise in Other Large U.S. Cities?

These results give rise to the following question: how severe are the potential impacts of ground vehicular traffic noise in other large U.S. urban communities? The summary of the American Housing Survey (AHS) from the U.S. Census Bureau provides a partial answer to this question. It summarizes data from the AHS questions of vehicular traffic noise on the street for 38 metropolitan areas, focusing on the percentage of noise presence, the percentage of those who deemed it bothersome, and the percentage of those who want to move because of being bothered by noise.

Taking into account the summary, the current research results, and the fact that the Atlanta metropolitan area had the lowest percentage of households (14%) reporting the presence of road traffic noise among all surveyed households, it may be assumed that even more people would be annoyed in other densely populated U.S. metropolitan areas. 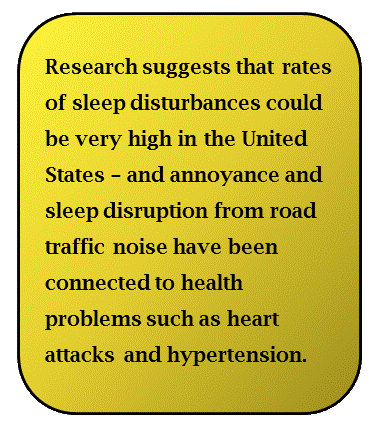