Manmade noise is killing the Iconic Pinyon tree in the Southwest, which is resulting in the loss of habitat and resulting exodus of the scrub jay, and an increase in black chin hummingbirds, flowers, and mice. If you’re thinking that it’s April showers bringing those May flowers, you might want to think again.Of course there had to be a catch here, as noise pollution really has no positive outcome, so researchers went looking for the cause of this abundant burst of spring beauty, only to discover that the spike in flora and nectar-sipping Trochilidae is the result of a rapid decline in trees – the victims of man-made noise pollution.

In a new study published in a recent issue of the Proceedings of the Royal Society B: Biological Sciences, researchers point to a noticeable decline in pinyon (or piñon) pine trees in noisy communities; pinyon pines rely on scrub jays to disperse their seeds. When the trees began to die off as a result of exposure to high levels of man-made noise, the scrub jays were forced to move to find new habitat.

Interestingly, black-chinned hummingbirds actually seek out noisy areas when they go about their flower pollinating business to avoid the scrub jays, which have a taste for hummingbird nestlings and eggs.

How did researchers conclude that it was noise that was killing the trees and throwing the natural balance of flora and fauna off kilter? Well, they began with a hunch, since it was the noisiest communities near natural gas wells operating high-decibel compressors that were that were losing their shady spots on the Mesas and red rocks of their landscapes.

Pinyons have been part of the Southwest U.S. landscape for centuries. Their existence in the arid and rocky canyons of Colorado, New Mexico, Arizona and California began when ancestral Pueblo’s, formerly known as the Anasazi, used pinyon poles as door headers in their dwellings and stashed pinyon nuts in the area more than 400 years ago.

A testament to the growing power of the pinyon, the original trees sprouted from an isolated grove found in Owl Creek Canyon near Ft. Collins, Colorado.

Scientists set up motion-activated cameras at a variety of sites in the Rattlesnake Canyon Wildlife Area, in northwestern New Mexico. Some of the sites monitored were quiet; others subjected to noise from the gas well compressors. While the scrub jays fled from their nests in the noisy areas, mice (like the hummingbirds) took advantage to feast on the pinyon seeds, and the rodent population increased.

Before the Royal Society study began, an earlier study reported that about 1,000 species of fungi, insects, arthropods, mammals and birds depend on pinyons. When it becomes evident that noise pollution has the ability to affect and potentially eradicate an entire ecosystem, the true impact of noise on the human as well as animal and plant life could be staggering.

Evolutionary Ecologist Clinton D. Francis of the National Evolutionary Synthesis Center in Durham, N.C., says the noise pollution-triggered changes in these centuries-old landscapes and habitats will have a serious impact on the ecosystem of the Southwest. The scrub jays, Francis points out, will hide thousands of pinion seeds in the autumn and build up a store of food. However, they forget some of their hiding spots, and the forgotten seeds can grow into seedlings. Mice, on the other hand, tend to eat all the seeds they find, which will strip the area of the pinion pine tree eventually. Dr. Francis says he worries about the loss of pinyon pines, which play a crucial role in the ecosystem of the Southwest. 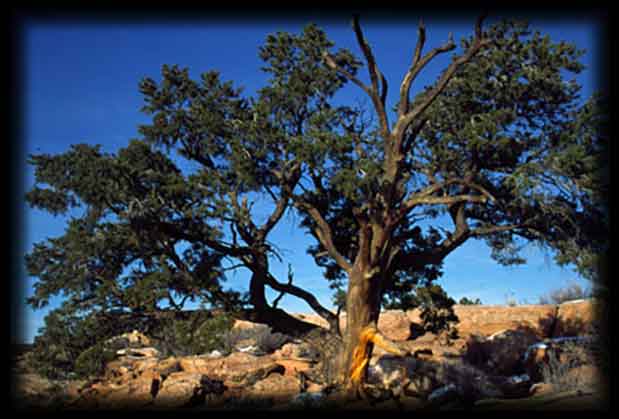