GOUDA, The Netherlands, March 21 – Noise control engineers from ABC International Trade B.V., in concert with engineers at the University of Antwerp, Belgium, and Akoestische Bouw Constructies BV., have incorporated Acoustiblok® noise abatement material into the design of the OtoCube®, the first and only fully equipped desktop audio booth for testing and calibrating the cochlear implants of deaf individuals.

A cochlear implant (CI) is a surgically implanted electronic device that provides a sense of sound to people who are profoundly deaf or severely hard of hearing. Audiologists currently use test rooms or screening booths that measure between five feet and six feet tall to measure and calibrate CI devices to suit each individual patient’s level of deafness, sensitivity, and CI performance.

By simply connecting the OtoCube via a computer USB port, it is ready to perform all audio logical tests available through its large-scale, non-portable predecessors. In order to meet the standards for blocking ambient noise that would make this portable unit as effective as the large booths, engineers at the University of Antwerp and ABC B.V. applied a 3mm layer of Acoustiblok noise blocking material within the unit, creating a sound insulation layer without adding weight or taking up too much space within the small box.

Development of the OtoCube was based on an idea from Paul J. Govaerts, MD of the Eargroup in Antwerp, and with a grant (European subvention) from Belgium-based Otoconsult (7FP-SME-2266 Opti-Fox) to improve the standards of CI-fitting.

“This is a very small audio logical box into which the receiver portion of the CI is placed and then connected to the deaf patient,” said Haico van Oosten, a Research and Development Engineer in the University of Antwerp’s Biomedical Physics department. 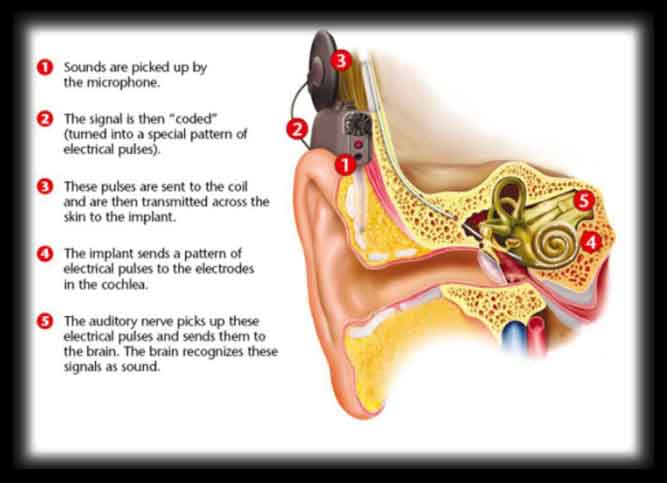 “To perform the testing, it must be quiet in this box, but finding the right material for the sound insulation portion of the design was a difficult task.

Programming a cochlear implant is a technical intervention, which is done only by a trained audiologist. Achieving the best possible programming of the bio-electrical device is the audiologist’s primary goal when testing and calibrating each individual’s cochlear implant. The OtoCube provides a portable device that can reach many patients when access to a testing booth is impractical or impossible.

ABC International Trade B.V. is a sound designer and manufacturer of sound-insulating and soundproofing products for industrial and civil construction, and Acoustiblok’s distributor in The Netherlands. ABC manufactures products in Asia, and is a dealer-supplier in Scandinavia and throughout Europe. The company’s most recent self-developed products include noise decoupled wall ties and backstage noise barrier systems for theaters. Established in 1996, ABC Sound is a partner of ABC International Trading B.V. and Acoustical Partners B.V., offering high quality soundproofing and sound absorbing products throughout Europe and Asia. For more information, visit the ABC International Trade B.V. website.

Acoustiblok, Inc., a NASA spin-off company, has been providing high quality noise abatement products since 1998, earning the industry’s highest ratings from architects, builders, and consumers. Acoustiblok is a proprietary viscoelastic polymer material with a high density mineral content, heavy and yet extremely flexible. As sound waves cause the Acoustiblok material to flex, internal friction occurs and the acoustical energy is transformed into immeasurable trace amounts of heat (adiabatic).

Just one, 1/8 inch layer of Acoustiblok in a standard wall will result in more sound reduction than 12-inches of poured concrete. Environmentally friendly, Acoustiblok contains no lead, barium, or asbestos, is UV resistant and impervious to water and mold; it is UL rated and classified in the US and Canada (CUL) for virtually all wall, floor, and ceiling installations.